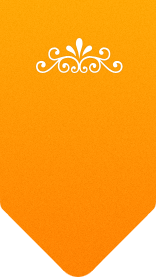 A Headquartered in Berkeley, and with warehouse facilities in Oakland, California (USA), IMnEXPORT is an import-export wholesale company with a particular focus on exporting craft beers from the United States to South America, a plan that rolled out in Brazil in 2013. Through a network of craft and specialty beer brewers, we’re developing long-term, mutually beneficial partnerships to feed the growing demand for these beers—today in Brazil and tomorrow…? IMnEXPORT was founded by Claudia Cruz in 2004. Shortly before that, Claudia, as a student of international trade and with the support of United State Chamber of commerce, began representing the export interests of several small San Francisco Bay Area companies in Brazil, her birth country. This work ignited Claudia’s interest in growing the trade between Brazil and the United States, focusing on what each country does best—an idea that led her to found IMnEXPORT. Today, IMnEXPORT is particularly focused on exporting craft beers from the United States to Brazil. The company’s efforts are focused on satisfying an increasing demand for craft and specialty beers in South America, having anticipated the craft beer boom that is now in place there  In Brazil. IMnEXPORT has captured the interest of several medium and large beer importers who used to import only European beer but are showing a growing interest in American brands. We are developing relationships with these numerous Brazilian importers and plan to grow our network with all South American countries that can support the craft beer industry.  As your exporter, wholesale representative in either country, IMnEXPORT doesn’t just sell your craft beer to importers and distributors. We take a proprietary interest in the products we sell, making sure that all beverages are handled properly from the moment they are bottled and palletet  until they reach their destinations—all with the intent of maintaining the highest quality possible. We also help support and promote your products, educating the market (importers, distributors, bars, and patrons), and spreading our clients’ names as quality craft beverage brewers. After all, the business we’re creating is not just about moving the product; rather, we are invested in—and passionate about—the brewers whom we represent.